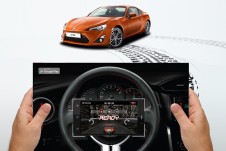 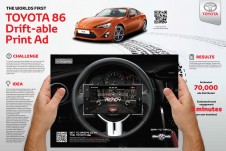 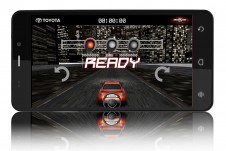 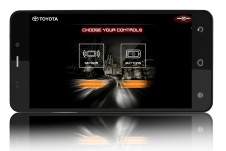 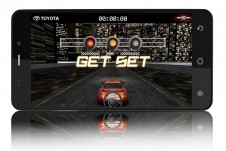 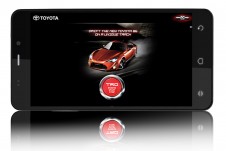 Challenge:
Al-Futtaim Toyota wanted to highlight the very active driving excitement of the 86. Create the physical driving thrill of precisely steering the car, using an unexpected medium. The Toyota 86 sports car is all about the challenging of driving ‘on the edge’, drifting around corners, reacting to the twists of the road second by second.The target market: drivers aged 21-40 who seek excitement. The target market is also familiar with digital media.

Idea:
A Toyota mobile app has the players steer a Toyota down a racetrack, in a limited time. Meanwhile therecently launched ‘ShortList’ magazine has a readership attracting the target market. We saw an opportunity to adapt the game and combine it with a magazine cover wrap.

We changed the game so that the player could steer the car in real time by twisting the phone instead of touching the screen. We then created a more physical representation of the steering wheel by printing the steering wheel on the back cover. We then combined the two – with a sticker to attach the phone to the magazine, and a QR code to download the game.

The mobile phone is stuck to the magazine. The user grips the magazine sides and steers the car through the game. The combination gives a greater feel for turning a full-size steering wheel, with the game’s challenge of excitedly steering the car around corners. Combining two media (print and mobile) made the execution more compelling. The magazine execution was a full cover wrap, using the front cover, inside front cover, inside back cover and back cover. This drove the target market to the back page to play the game.

Solution:
The wrap with sticker and QR code was produced on 70,000 copies of ShortList magazine. The game was downloaded 1000 times, giving 500 people the chance to feel the excitement of driving a Toyota 86 sports car on the edge.